Google Pixel Review
There is a new phone in the market that has been turning heads. Apparently this new Smartphone beat Apple’s iphone 7 and has better features to offer.. yup, you’ve guessed it right. I am talking about Google’s Pixel phone.
Google’s Nexus Series was a great hit but to beat the previous standard in the market, they have decided to come up with something extremely awesome, an experience like no other. In other words, they are giving their major competitors like Apple, Samsung and Motorola a run for their money.
If you check out Pixel’s page, you’ll understand the hype about the phone. It comes in two models viz pixel and Pixel XL and the memory options come in 32GB as well as 128 GB.

Rumor has it that this phone takes better pictures than any other phone in the market including Apple’s latest phone iphone 7. The resolution and the added benefit of unlimited cloud storage of video and photos is an extra notch in the belt.

What do experts have to say about it?

Nexus, though very successful in the former years, is a thing of the past. Pixel and Pixel XL are a step into the future- it Is a revolution of smart phones. Though it is a bit pricy, it does offer great features and from what experts have to say, the phone is pretty promising. In the US and even India, a lot of people have become fans of the lightweight aluminum body and pixel imprinting phone.

Let us have a look at its key features:
1. It has the best camera a Smartphone has ever had. You can take pictures under any light. Remember when Nokia Lumia launched a phone that could take pictures in low light? Yup, this one is 100 times better! The camera is of 12.3 MP, has 1.55micromili pixels and an aperture of 2.0
2. Guaranteed battery life for the whole day.
3. Unlimited Cloud storage for images and videos allows users to store whatever documents, files, screenshots and family photos in Google’s Cloud storage.
4. Built-in Google assistance. Now while iphone users have Siri to talk back to them and answer questions, Pixel offers talk back assistance, a personal assistant that keeps tabs on appointments, meetings, etc. You can manage your everyday tasks, keep tabs on flight schedules or your travel schedules in general plus you can translate on the go. 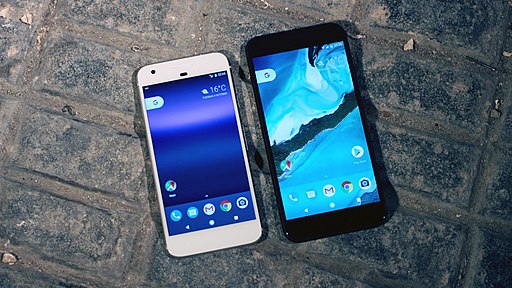 Though there are many positive attributes of this phone, many have concerns regarding factors like:
1. It isn’t 100% water resistant
2. There’s no option for wireless charging
3. You can’t add an Micro SD card
4. Battery can’t be removed \
5. And the design of the phone is very simple.

Jyoti is a travel enthusiast who loves writing on different topics and loves exploring new realms. She is currently working with Freshticles as a blogger.